Here at HDTC we are so proud of all our students for wanting to grow their relationship with their dog through training. Whether you are hoping to improve basic manners or become an agility super star, we want to create a special spot on this page to show off the hard work our students have put into their dogs. These students have put themselves out there to test for the CGC or to compete in different dog sports and now have a title to show off as proof of their hard work! 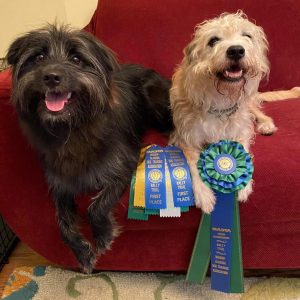 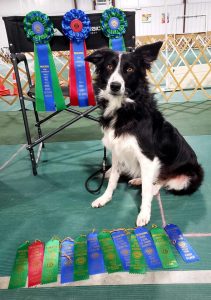 Clare had a banner weekend with multiple High Combined and Triple Combined! 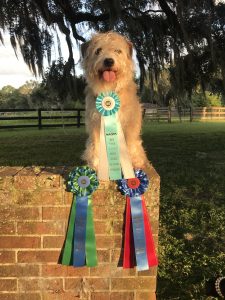 Cooper had a banner Rally trial, earning his RAE as well as achieving High Combined and Triple High Combined! 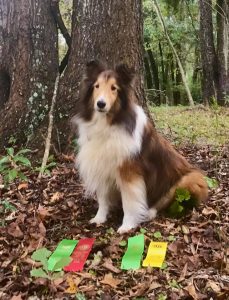 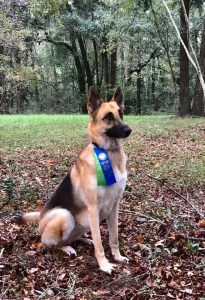 Kat’s Khaleesi showing off her first Novice Obedience leg and a first place! 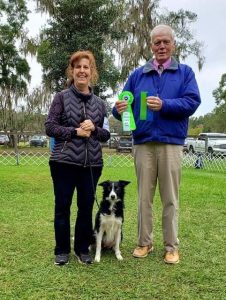 Maggie and Clare earning their CD with a first place! 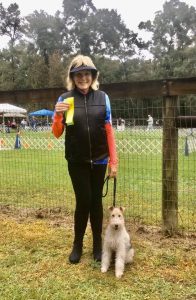 Lora and her wire fox terrier, Baylor, making their dog show debut with a Q and 3rd place in Rally Novice 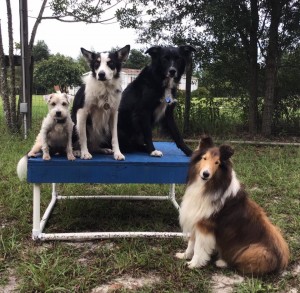 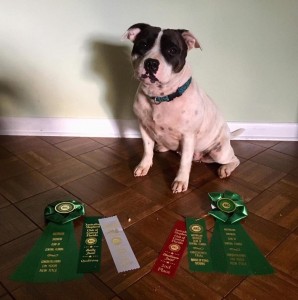 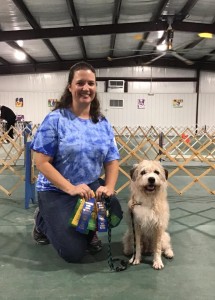 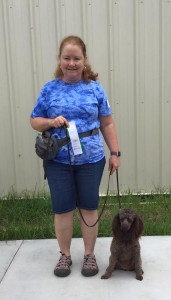 Cindy and Rose made their Rally debut 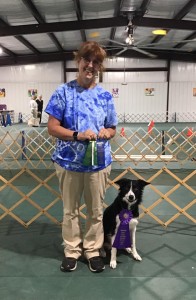 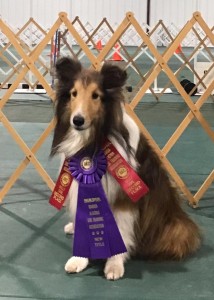 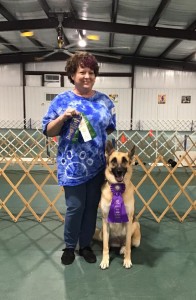 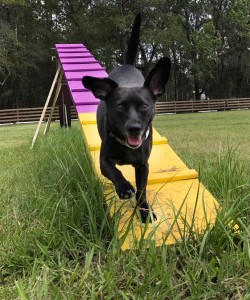 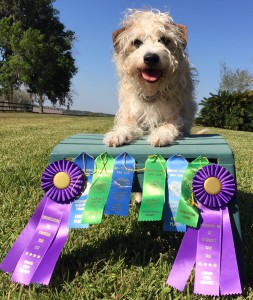 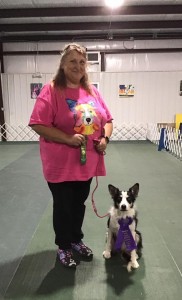 For a guide to the abbreviations you see before and after the dogs names, visit: AKC Abbreviations There are many other organizations besides AKC that dogs can earn titles in as well!

What’s in a Title, really?

Not just a brag, not just a stepping stone to a higher title, not just an adjunct to competitive scores; a title is a tribute to the dog that bears it, a way to honor the dog, an ultimate memorial. It will remain in the record and in the memory, for about as long as anything in the world can remain. And though the dog herself doesn’t know or care that her achievements have been noted, a title says many things in the world of humans, where such things count.  A title says your dog was intelligent, adaptable, and good-natured. It says that your dog  loved you enough to do the things that please you, however crazy they may have sometimes seemed.

In addition, a title says that you love your dog. That you loved to spend time with her because she was a good dog and that you believed in her enough to give her yet another chance when she (or you!) failed and in the end your faith was justified.  A title proves that your dog inspired you to that special relationship enjoyed by so few.  That in a world of disposable creatures, this dog with a title was greatly loved, and loved greatly in return.

And when that dear short life is over, the title remains as a memorial of the finest kind, the best you can give to a deserving friend. Volumes of praise in one small set of initials after a name.  An obedience (agility, flyball, herding, tracking, lure coursing, conformation, etc) title is nothing less than the true love and respect, given and received and recorded permanently.